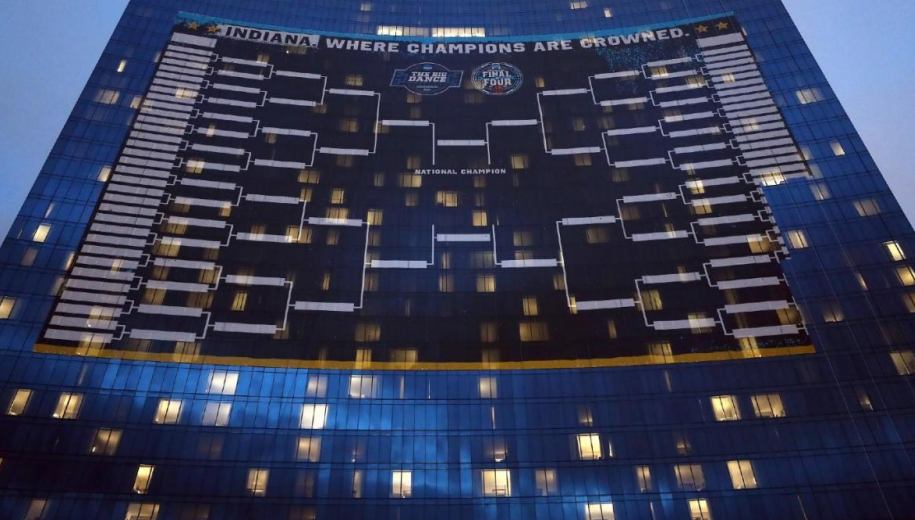 It’s finally back. After a 24-month long hiatus, March Madness is here again and promises to bring double the upsets to make up for lost time. Although limited in capacity and geography, this year’s tourney comes to us with the distinct advantage of being the easiest ever to get away with watching during class. But before you start switching tabs between Zoom and March Madness Live, you must put pen to paper and make your picks. And that brings us to everyone’s favorite trendy upset pick, the 12-seed over the 5. While it seems like these matchups reliably produce upsets every year, you shouldn’t just blindly pick the 12-seed with your favorite mascot. Rather, you can be much more precise in your judgment by once again turning to our old friends, offensive and defensive efficiency. In the last eight tournaments, there have been eight 5-seeds with either an of ensive or defensive ranking of worse than #130. Of these eight teams, a miraculous seven of them have fallen to 12-seeds. Even more, the only one that ended up winning required overtime to do so! On top of that, the scatterplot below shows that in all twelve instances that a 5-seed had an offensive or defensive efficiency ranking of worse than #100, the 12-seed won or came within a single possession of doing so. Based on this information, the 12-seed that you should count on this year is… Winthrop!Given the fact that Jay Wright’s team is ranked #143 in the country in defensive efficiency, I for one am not hesitating to pick Winthrop to upset Villanova. 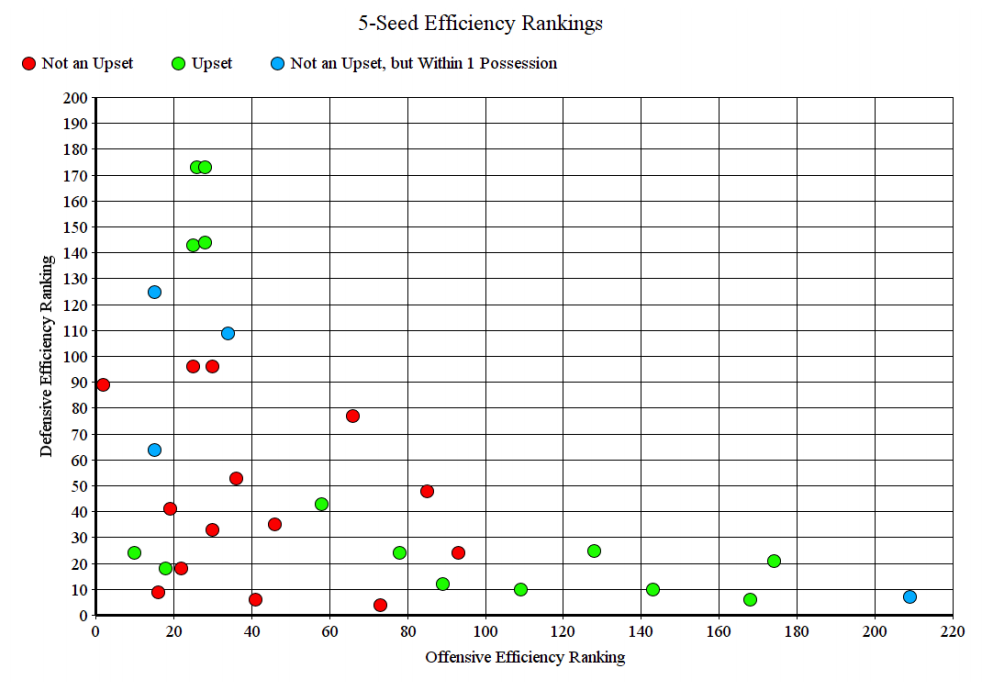 Conversely, balanced 5-seeds, or those with offensive and defensive efficiency rankings each in the top 100, fared much better, managing a combined record of 15-5 against their 12-seed challengers. In the 2021 tourney, Creighton, Tennessee, and Colorado are all balanced enough on paper, and thus I confidently expect at least two of them to advance.

However, if the cancellation of 2020’s tournament due to COVID-19 taught us anything, it is that historical precedent does not guarantee any future outcome. Nevertheless, I hope that this analysis shines some light on the consistent commonalities of (5) vs. (12) upsets, and gives you sufficient reason to pull the trigger on Winthrop.