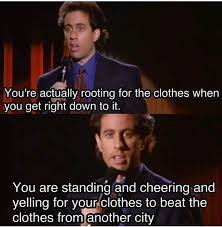 While the frequent movement of players between teams creates a dynamic environment within the league, it can make fans feel as though they are, in the words of Jerry Sinefield, cheering for clothes.

Many recent championship teams have been led to victory by players who were not acquired through their draft. Players such as LeBron James and Anthony Davis on the 2020 Los Angeles Lakers, Kawhi Leonard and Kyle Lowry on the 2019 Toronto Raptors, Kevin Durant on the 2017 and 2018 Warriors, James and Chris Bosh on the 2012 and 2013 Miami Heat and others have offered no shortage of store-bought talent within the finals. Historically, however, NBA playoffs rosters followed a trend of being about 50% homegrown. So, are you really cheering for clothes?

For the purpose of this study, I will define a homegrown player as a player drafted by the team itself or players who have spent at least five seasons with the team, championship season included. I also chose to include players involved in day draft trades as homegrown players, regardless of their original draft team.

Bad news, you may be cheering for clothes.

Either way, it is evident that the league no longer values homegrown rosters as it did historically.

Notable features of this data

Good news, you may not be cheering for clothes forever.

The heavily homegrown rosters utilized by the Suns and Bucks playoff in the 2021 finals suggest a potential change in roster-building trends, deviating from the heavily bought championship teams that preceded them.Through leading scorers and homegrown talents like Devin Booker and Giannis Antetokounmpo, the Suns and Bucks broke out of two of the league's five largest championship droughts proving the modern value of a heavily homegrown team within the finals.

The next championship roster will provide evidence regarding whether or not modern team development is trending towards or away from the largely homegrown playoff rosters of the early NBA. With heavily homegrown teams such as the Suns, Celtics, and Bucks in the first round of the playoffs, there is potential to see some heavily homegrown rosters within the Finals. Until then, enjoy cheering for clothes and appreciating the great sport of basketball that keeps us so engaged in laundry.