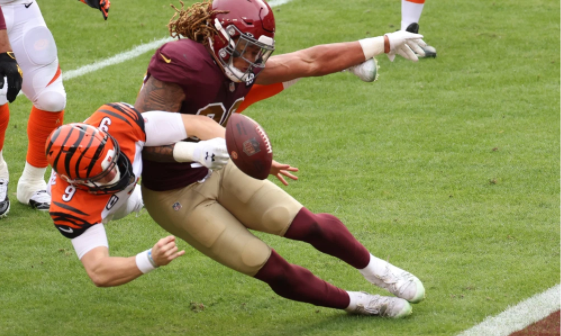 If you’re coming here from my previous article If You're Drafting a Defensive Tackle in the First Round, What are you Doing? you’re one step closer to fixing your defensive line correctly. Whereas their interior counterparts have often been mentioned as the inferior position of value, edge rushers are a significant component of defensive football, directly impacting the primary presence of the passing game. To address this positional need, teams often throw premium value to secure a dominant defensive presence, ranging from hundreds of millions of dollars and high draft picks in attempts to hinder the opposing offenses’ passing schemes.

However, while the former article claims drafting defensive tackles in the first round is statistically blasphemous, the question arises: when should you draft edge rushers?

Inspired by a tweet from Pro Football Focus’s very own Mike Renner, the analysis aims to validate the claim that edge rushers should be drafted in the first round to optimize their premium value on the field. To reflect the comparative values of edge rushers, the analysis focuses on edge rushers drafted only on Day 1 and Day 2 to minimize the obvious talent dropoff with picks on Day 3.

To determine the individual positional value for edge rushers (which were defined by the positions defensive end and outside linebackers), the Approximate Value statistic created by Pro Football Reference assigns a number to “the seasonal value of a player at any position from any year.” An average value of 7 for edge rushers is considered elite while an average value of 5 is considered Pro-Bowl level. 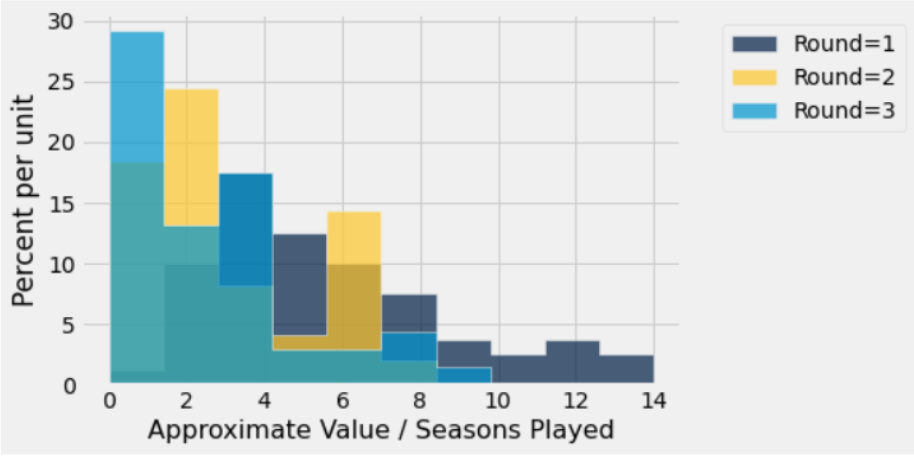 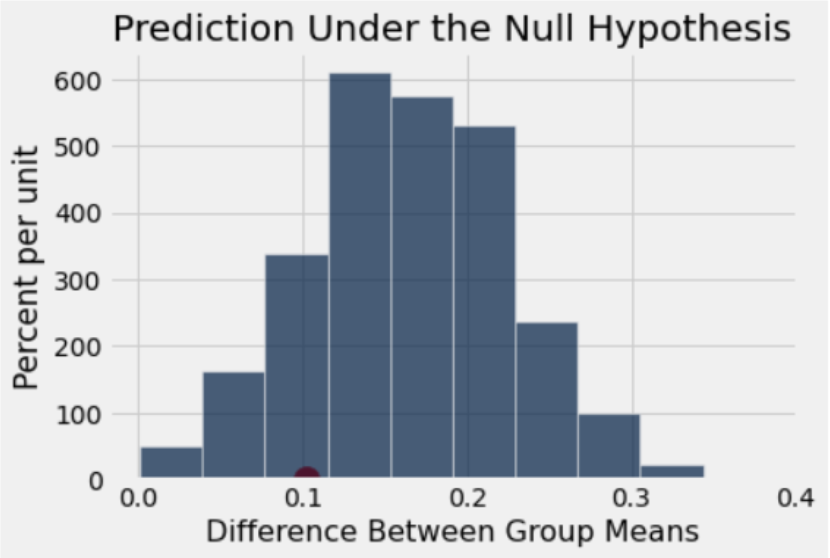 While this conclusion implies that general managers can successfully draft relatively productive edge rushers in later rounds, the importance of the pass rush is undervalued in the sample testing. The deductive reasoning previously mentioned for why drafting defensive tackles after the first round ensures reasonable comparable talent lacks applicability for edge rushers as the importance of generating pressure draws greatly from securing the edge. According to Pro Football Focus, opposing offenses averaged a -.303 expected added points per play when faced by pressure off the edge whereas pressure from the interior position averaged a -0.178 expected added points per play, demonstrating the greater impact of edge rushers in thwarting the pass. Additionally, the edge provided valuable turnover production compared to the interior, boasting a 1.83% sack rate and a 0.28% forced fumble rate compared to a 0.28% sack rate and a 0.07% forced fumble rate. Hence, edge-rushing talent should be significantly valued and the analysis now accounts for looking for elite talent on Day 2. 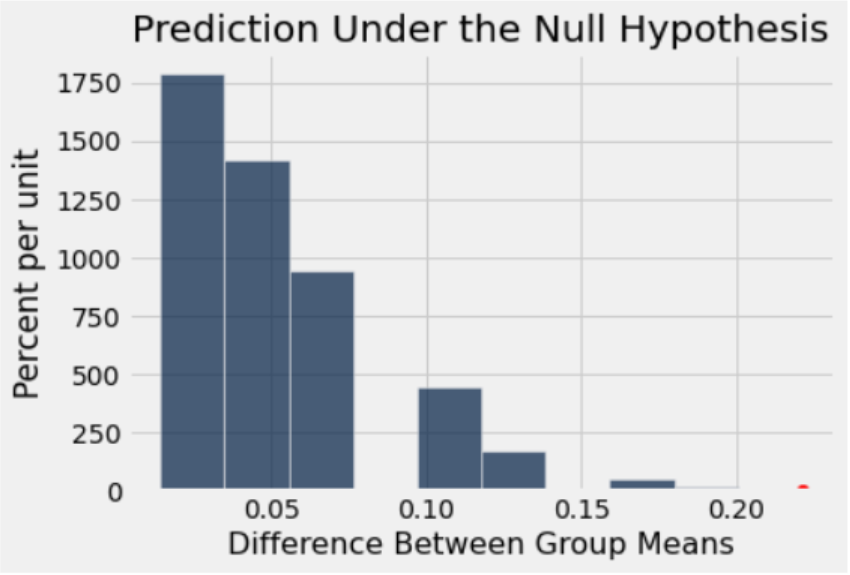 Repeating the steps described above and modifying the analysis’ hypotheses and simulations to focus on the proportion of elite edge rushers drafted in rounds 2-3, the test simulates the test statistic 10000 times and plots the difference between the means, finding an observed value of 0.22 and an empirical p-value of 0.0001. Since the test uses a p-value of 5%, the empirical analysis rejects the null hypothesis and determines that there is indeed a statistically significant difference between the proportions of first-round elite-level edge rushers and elite-level edge rushers drafted in rounds 2-3. This conclusion hence shows the importance and corresponding value for edge rushers found in the first round.

While NFL teams meticulously construct their big boards, ranking players by their talents, team needs and positional values, PFF Mike’s bold statement resonates with the analyses’ conclusions. Although edge rushers have a strong value push for Pro-Bowl level talent found during rounds 2 and 3 of the 2nd day of the draft, the edge rusher position itself is so valuable that teams need to seek out the elite level more abundantly found in the first round. So while NFL GMs may strike gold on their Danielle Hunters or Justin Houstons or Yannick Ngakoues, why step out of the first-round limelights when you get your teams equipped with a Mack or a Garrett or a Bosa/Watt or two?