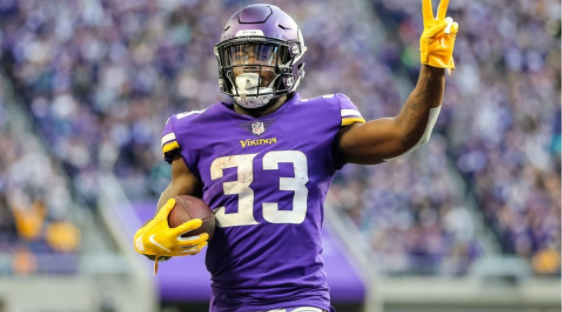 Throughout the history of Fantasy football, the belief has always been that RBs are the most valuable position. Therefore, they are the most sought after, always being drafted in the first round. If not a running back, you’re likely to go WR in the first. However, this may not be as clear cut as it once may have been. Comparing the top performers at each position (in terms of average points) yields the following graphs. (Christian McCaffrey did not make the threshold for total points due to injury, but if he did he would have averaged 27/game last year which would have exceeded his record breaking 2019 24/game). This year’s top average was closer to that second number, at 21/game by Dalvin Cook.

Note also that the y axis has no meaning, beyond making labels readable.

Taking a look at last year’s performance among the Top 20 at each position, there are clear studs at each of RB, WR and TE. This helps us to eliminate quarterback as an option early in the draft right off the bat. You can clearly get similar value to top end QBs down the draft board.

Now, let’s analyze each of the other three while considering the number of starters. We assume a 10 team league, half PPR scoring, and 1 QB, 2RB, 2WR, 1TE and ignoring FLEX to simplify the argument.

At this point it seems that the data supports the common belief that RBs go first because of the wide range of average scores even among only the starting running backs. This follows conventional wisdom that there are only so many RBs that can contribute to your fantasy team. For the most part only one RB per team can be a fantasy relevant RB, ignoring anomalies like the Cleveland Browns with Kareem Hunt and Nick Chubb.

However, let’s consider the top performers at each position.

Putting both all the data together, clearly the position is not the main factor. Even a TE which most wouldn’t dare pick in the 1st can provide amazing value considering that your opponents wouldn’t be getting production close to what you are out of the position. In other words, the opportunity cost of other positions than RB may be lower than you think, especially for the three elite TEs.

Of course, this all depends on your league. If taking Kelce would mean starting Ronald Jones as your RB1 maybe it’s not worth it. Or if your scoring settings are different then it again may not make sense to do so. However, the primary thing to consider is not lock into any one position, all of the above players would provide an advantage over the competition; a TE can provide more than an RB or vice versa so being versatile to take advantage of these quality players in your draft should be the goal.