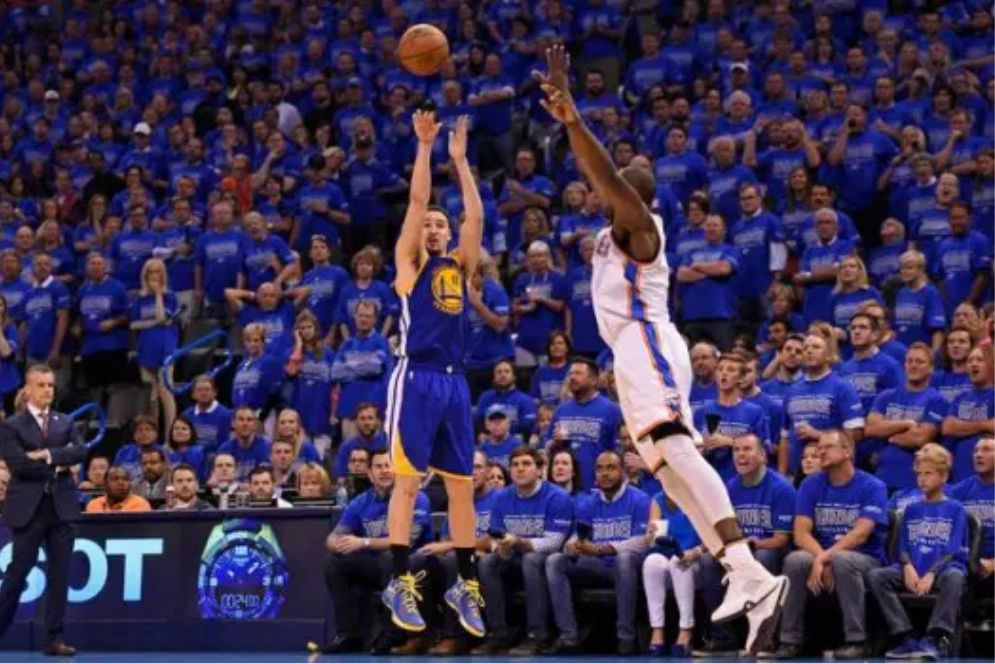 Through the 2020-2021 season we’ve seen numerous players experience a rise in their 3 point percentage. However, not all shots are created equal. Damian Lillard shooting 38% doesn’t tell us he’s shooting about as well as Lonzo Ball who’s also shooting 38%. Additionally, James Harden’s fans would be the first to let you know that he gets a pass for shooting 35% from 3 last year because of the difficulty of his shots. Others like Joe Harris and Seth Curry would on the surface seem to be much better shooters, both hitting well over 45% from 3. However all these 3 point percentages lack context.

Because of these issues with vanilla 3 point percentage, there needs to be a better understanding of the types of shots a player is taking. With that said, here are some charts I made that break down both 3PA and 3PM by the distance to the closest defender for this current season. These are for the top fifteen players in 3 pointers attempted.

Taking a look at the types of shots these shooters are taking, Damian Lillard, Stephen Curry and Duncan Robinson and to a lesser extent Kemba Walker stand out by far taking some of the most difficult 3s. Notably, Curry actually takes similar difficulty shots to Lillard and on fewer attempts per game actually makes more shots. CJ McCollum on the other hand, is making about one three more per game than Buddy Hield despite similar attempts and what appears to be a more difficult shot selection.

Of course there are some other factors that influence this, notably pull-up threes versus catch and shoot threes, and distance (i.e. logo Lillard shots) but overall these patterns tend to justify a lot of the players who are considered to be the the elite shooters’ 3 point percentages seeming lower than the others’.

Here is the same data in table format: 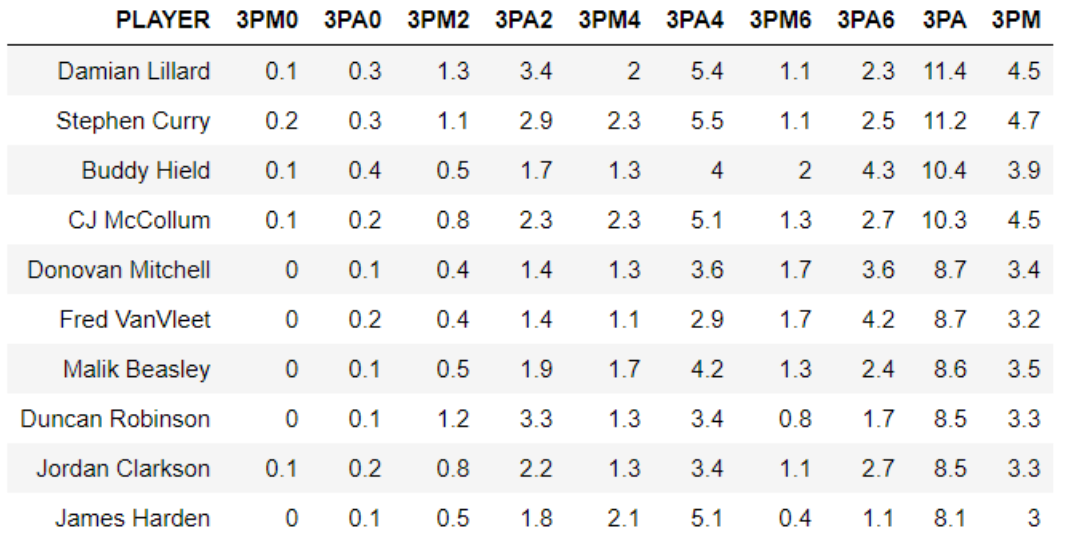 Other notable information from this graph is that it is fairly clear Kemba Walker and Luka Doncic may benefit their teams by shooting slightly fewer threes, considering that Kemba’s shots with a defender 2-4 feet from him make up close to half his attempts yet about or under one fourth of his makes. Luka also seems to make far fewer threes than anyone else on this list, and his are relatively less difficult; his shots aren’t exactly wide open, but a vast majority are with a defender 4-6 feet away but he still makes fewer shots than everyone else on this list despite an easier shot selection than all but maybe Donovan Mitchell and Fred VanVleet. Speaking of those, one other trend that can be explained by this graph is that the Jazz, despite having a true superstar are currently the 1 seed. Mitchell can be considered a fairly good shooter, as he fits into the tier below Curry, Lillard and McCollum in terms of 3PM (Buddy might be in a tier 1.5 in terms of 3 point makes). Yet, it seems defenses are forced to leave him to take a large portion of “wide open” (defender 6+ feet away) 3 point shots. This might be a result of the Jazz having plenty of 3 point threats, including Mike Conley and Bojan Bogdanovic who both shoot about 40% from 3. This likely means the Jazz are able to create open threes for their players by having a variety of threats on the floor, as opposed to for instance the Kings and Buddy Hield (who seemingly takes far more difficult shots likely due to the lack of any other three point threats in the starting lineup).