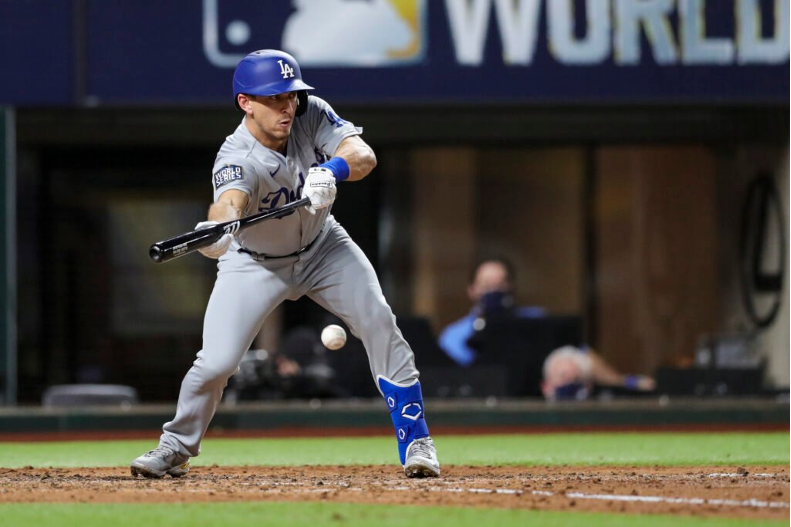 Due to the COVID-19 pandemic, Major League Baseball instituted several new rules in order for its 60-game season to be played while keeping its players healthy. Probably the most dramatic of these rules was starting all extra-innings with a runner on second base with no outs, automatically putting the offense in a more advantageous position to break the tie and decide a game. This begs the question whether or not this rule reintroduces the effectiveness of bunting into the game, as the automatic old-school philosophy would almost mandate a bunt with no outs and a runner on second in a pressure situation.

Here, we see that a correlation between a team’s successful bunting percentage does not have a significant impact on a team’s average player’s value. A team with a higher successful bunting percentage does not correlate with an increase or decrease in its average player’s WPA or their total contributions to the team's wins with his bat (BtWins). Something to note however, though somewhat negligible, there is a positive correlation between a team’s bunt percentage and its average player’s clutch value, which estimates difference between context-dependent WPA and context neutral WPA. This creates a question as to whether bunting becomes more valuable in more high leverage situations.