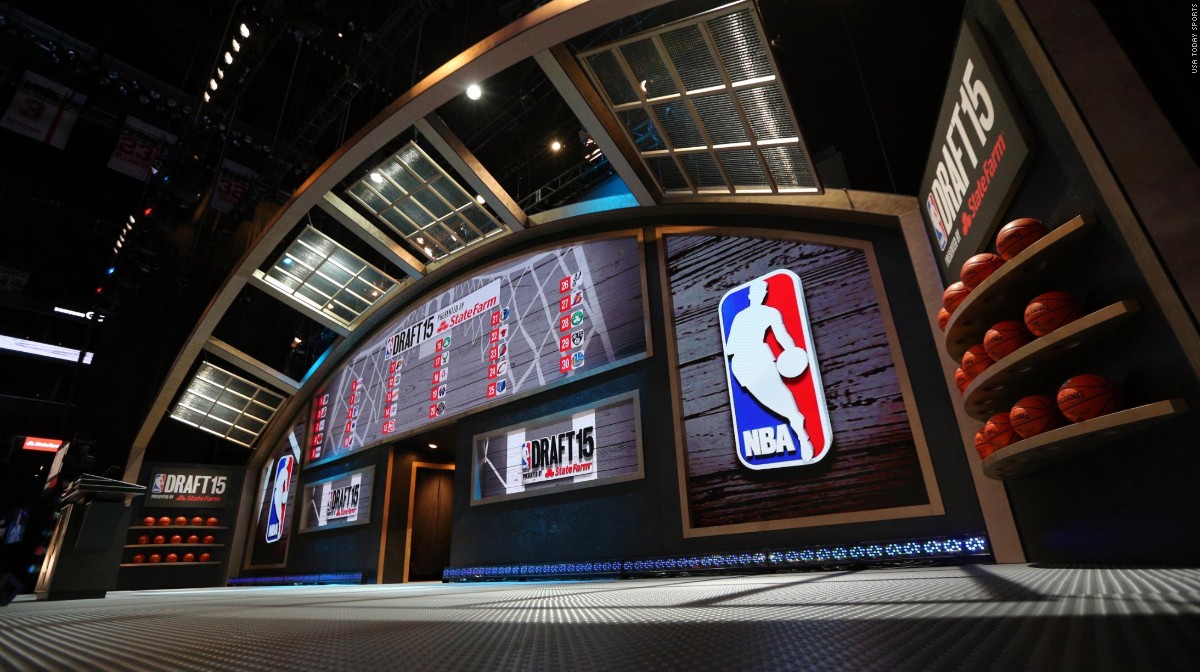 On February 21st, Adam Silver, commissioner of the NBA, proposed a rule change to the NBA Players Association to lower the draft-eligible age from 19 to 18. That change would allow players to make the jump from high school to the NBA, like they were able to before the initial 2005 rule change. The 2005 rule change required basketball players to be at least one year out of college and at-least 19 years of age. That was when the “one-and-done” was formed, with players leaving for the NBA after their freshman season of college basketball. It created a trend within college basketball where top talent leaves after their freshman year, with hopes of getting drafted and paid by an NBA team. Last year, 16 freshman were selected in the first round of the NBA draft while only 2 collegiate seniors were. Last year’s first round holds a record for most number of freshman drafted and the least number of seniors, showing that young potential dominates well-established talent. Below is a bar graph showing the increasing number of one-and-done freshman entering into the NBA, since the 2005 rule change came into effect. 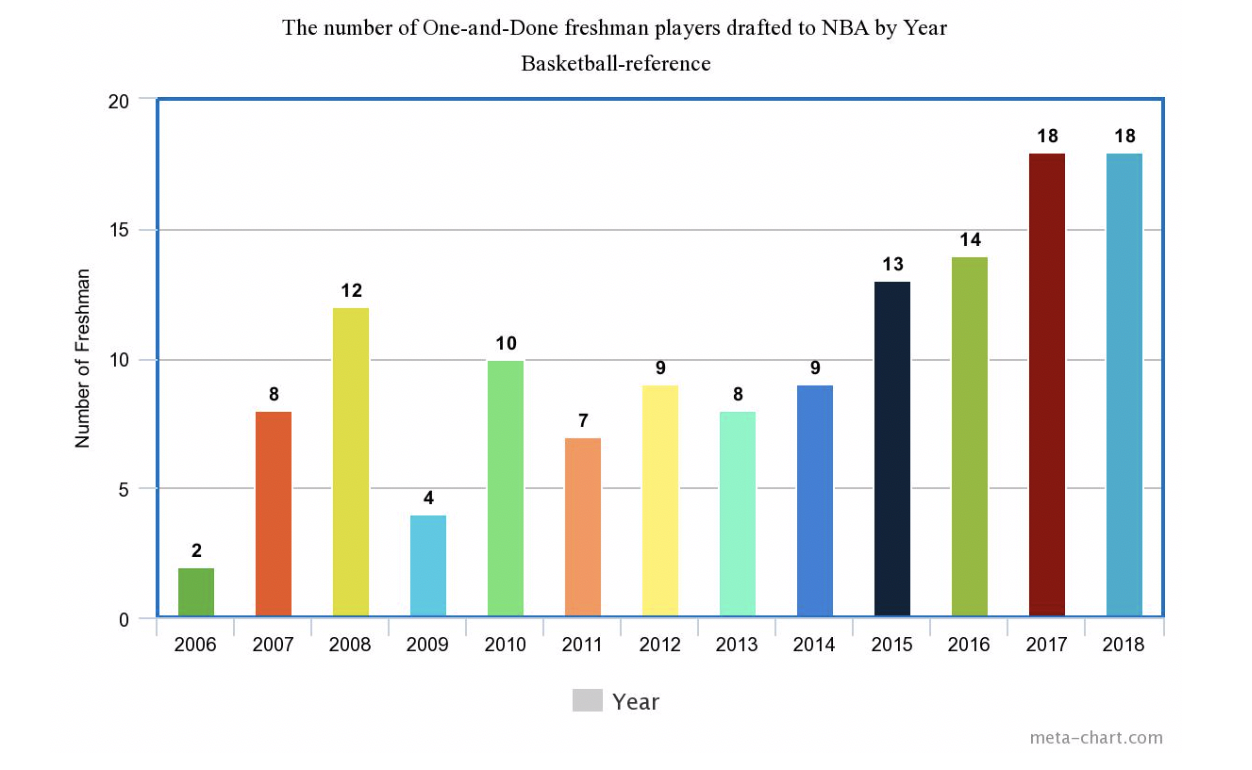 With Silver proposing the rule change that would allow high school seniors to enter the draft, it has ignited another debate of when basketball players should be eligible for the draft. From when Kevin Garnett entered the NBA out of high school to the 2005 rule change, 39 players were drafted straight out of high school. Of those 39 players, 10 went onto play in at least one all-star game. About 25% of players leaving straight from high school made it to an all-star game, with Lebron James, Kobe Bryant, and Dwight Howard as some of the most notable to do so. Post 2005 rule change, 132 players have been drafted after their freshman year of college. Only 17 of the 132 players have gone onto play in at least one all-star game, but keep in mind, many of these players are still in the NBA. Only 13% of players drafted from their freshman year made it to an all-star game.

With the rise of the one-and-done came the newfound college basketball scandal, players getting bribed and paid to attend certain colleges. Many players have reportedly accepted money to play, like last year’s first overall pick, Deandre Ayton, who accepted $100,000 from Sean Miller to play at the University of Arizona. Schools like Michigan State, NC State, South Carolina, and, unsurprisingly, USC are some of the names that have been tied to a bribery scheme to ensure that high school players sign at their respective colleges. Bringing the eligible draft age back down to 18 would help eliminate the bribes for players to join specific college teams. Players that take payments because of financial troubles will be able to enter the NBA and make immediate money, while players that are looking for development will still be able to attend college.

This potential change for the draft eligible age to be knocked back down to 18 would not hurt college basketball. Most athletes would still enter college, with maybe five players each year deciding to face the risk of the NBA draft head on. As of the 2019 NBA season, the G-league base salary offer is $35,000 with a potential for some players to earn a small bonus. On the other hand, the average NBA Salary is $6,593,455. At the moment, with the G-league salary average being such about 0.5% of the NBA salary average, players who are looking to develop won’t skip college and enter the G-League instead. So until the G-League is able to pay their players more and raise the current 25% call-up rate, college basketball will remain practically the same (potentially minus the top 5 high school players).

College is a transformative point in many people’s lives, as it is often the first time any child has lived separate from their parent(s). Many coaches, ranging from collegiate to NBA, feel as if players shouldn’t be able to head to the draft straight from high school. Executives believe drafting 18-year old kids that have never gone to college and giving them millions of dollars is a risky move, as some can’t handle the pressure of these situations. College is exponentially better competition than most players would get out of high school, causing many people to see college as a necessary step in the prospect scouting process. Some of the most famous busts in NBA history are Taj McDavid, Lenny Cooke, and Kwame Brown - all of which were lottery picks straight out of high school. Clearly, even in an era where high school kids went to the NBA, it was not seen as a perfect solution. However, lowering the draft age will benefit the NBA and return college basketball to its amateur roots.