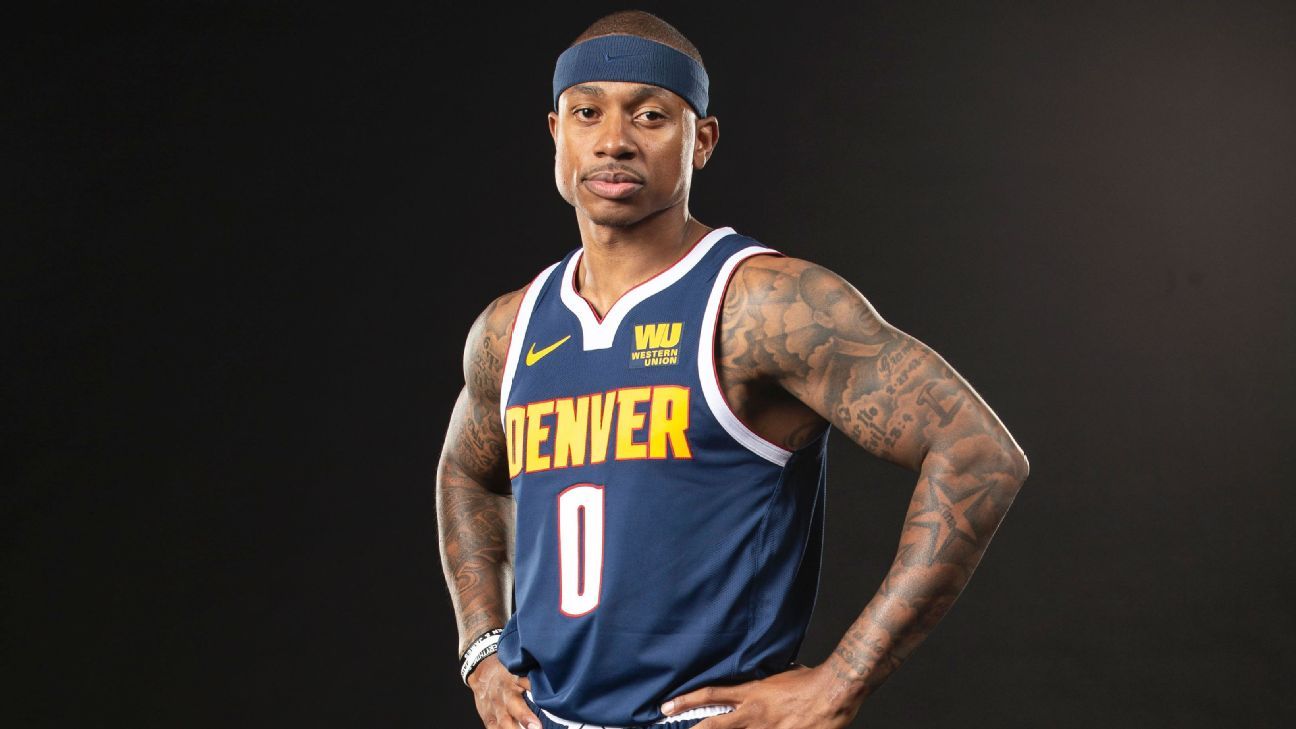 Despite all the money and attention that goes into scouting, the NBA Draft is always an inexact science. Teams draft players based on what they hope they can become, not based on who they already are. Every so often, players will slip through the cracks, and teams will find steals in the late first round or second round. For example, 2017 Rookie of the Year Malcolm Brogdon was selected with the 36th pick in the 2nd Round. Now although he was the first player to ever win the award of being drafted in the second round, teams have always been able to find value in the later stages of the draft. The question though, is how much?

First, let’s look at where the “stars” in the NBA have been drafted. Over the past 10 years, there have been 103 players named for the 1st or 2nd All-Rookie teams (10 per year plus 3 ties). Of those, 67 have been selected in the lottery, 20 in the 1st round but post-lottery, and 16 in the 2nd round or undrafted. 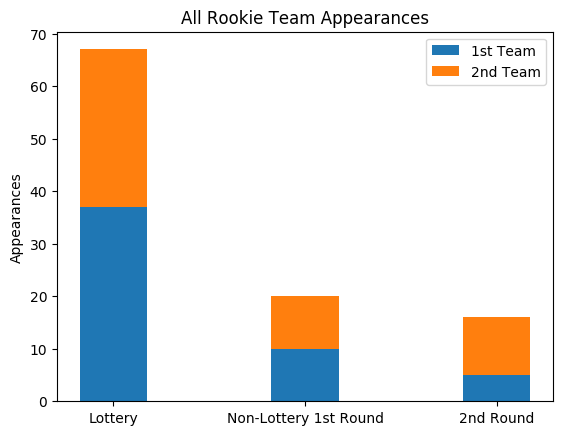 However, All Rookie teams only take into account production in the 1st year of a player’s career. Players like Landry Fields and Trey Burke have made the 1st Team, only to have their production stagnate for the rest of their careers. Another barometer is All NBA appearances. These awards help to show where stars have been drafted in the last 15 years. 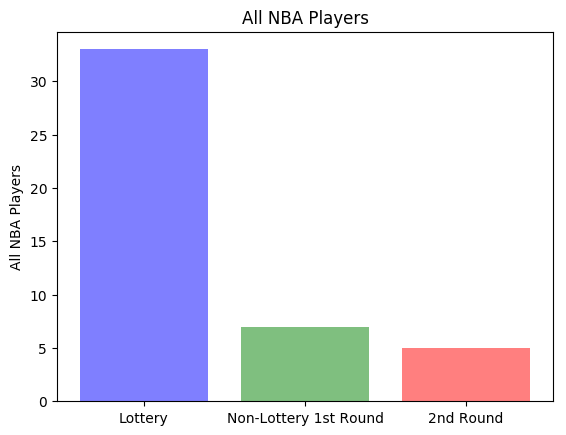 The vast majority of All-NBA and Rookie Team players have been drafted in the lottery. And although the later picks haven’t been devoid of talent, there have been very few that have turned into bona fide stars. However, most teams picking in the second round aren’t expecting to hit home runs. Oftentimes teams simply look for players that can make solid contributions, even if they’re not the ones scoring 20 points per game. So I also looked at the career longevity of players, since players that are making contributions to their teams are the ones that stick around the longest. 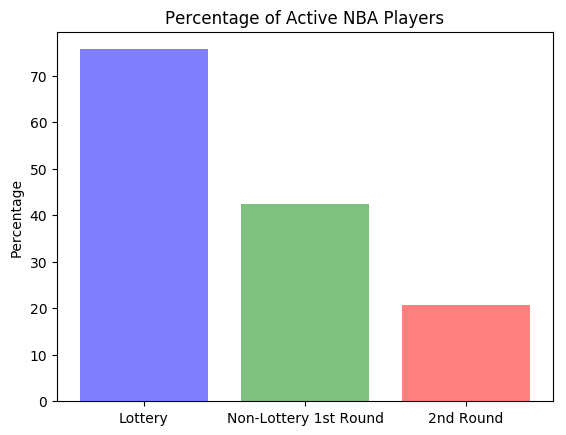 This graph looks at how many players drafted between 5 and 10 years ago are still actively playing in the NBA. More than 75% of lottery picks are still on an NBA roster, although it’s important to note that there are still many high draft picks that don’t pan out in the NBA. Even recent top-2 picks like Anthony Bennett (1st overall in 2013), Derrick Williams (2nd overall in 2011), and Hasheem Thabeet (2nd overall in 2009) have busted spectacularly and found themselves out of the league.

Next, let’s take a look at what types of 2nd-round players have been successful. Looking at the same five year timeframe, most 2nd round picks from those drafts who have been successful were drafted as seniors - in fact, over 40% of active 2nd-rounders from those drafts were seniors. Several big name players, such as Draymond Green and Malcolm Brogdon, have become key pieces on their teams after spending a full four years in college. However, most players drafted in the 2nd round are usually upperclassmen, many of whom don’t pan out. What may be more informative is the percentage of players that are still in the NBA based off of class. 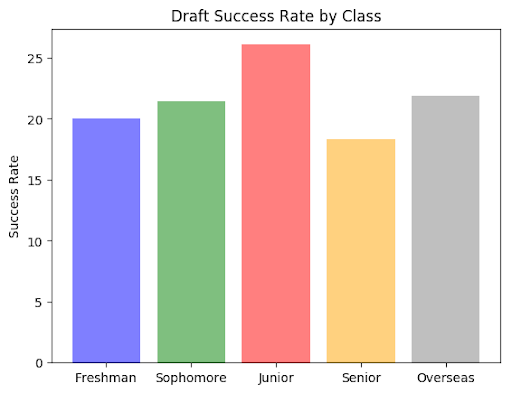 Seniors actually have the lowest success rate - only 18% of seniors drafted in the 2nd round between 2009 and 2013 are still in the NBA. However, more than 25% of all juniors are still playing. Players from Europe have also had success in the NBA - close to 22% of foreigners 2nd-rounders are on teams today. However, there have also been many foreign players who stayed overseas and never played a single game in the NBA.

Overall, there isn’t a secret formula to nailing a second round pick. Some players encountered success after moving across the world. Others spent many years playing at the collegiate level, while still others were one-and-dones. And even though many don’t pan out, each pick still holds a chance of success. The Golden State Warriors wouldn’t be where they are without the contributions of Draymond Green, and the Denver Nuggets have built their entire team around the offensive repertoire of Nikola Jokic. When we watch the NBA Draft, we can get mesmerized by the upside of top-tier picks. But we shouldn’t overlook the impact of those whose names were called late in the night, who play their games with a chip on their shoulder.